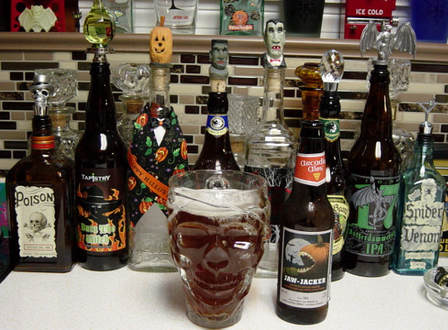 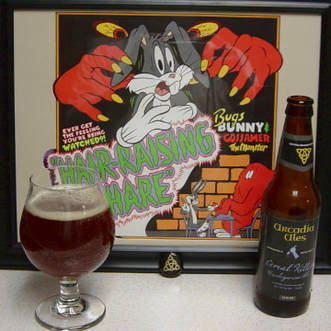 Cereal Killer
Barleywine ale
Arcadia Brewing Company-Battle Creek, Michigan
In Cereal City, USA a barleywine is born! This deep caramel apple colored brew has a thin, lacy head with the aroma of fresh fallen leaves on a dark fall evening. The taste has a bitter start, like orange rind, then turns slightly sweet with a malty mouthfeel, and hints of figs and dates. would be great with a cheese and sausage platter.

Netherworld
Cascadian Dark Ale
Flying Monkey's Craft Brewery-Barrie, Ontario, Canada
Brewed where "normal is weird". This midnight dark beer has a medium bodied head of foam that gives the aroma of coffee and chocolate. The taste buds are treated to a roasted hop bitterness with slight notes of coffee and chocolate. More like a stout or porter, Netherworld is a real treat without any tricks. 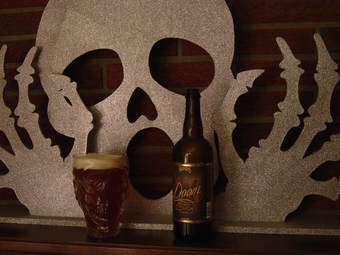 Doom
Bourbon barrel aged IPA
Founders Brewing Co.-Grand Rapids, Michigan
Pours with a medium thick head over a deep caramel color. The senses are teased with the smell of hops and bourbon. Doom has a sweet start followed by bitters, with a hoppy after taste that grows with each sip. Doom was enjoyed on Halloween eve while handing out goodies to the kiddies! 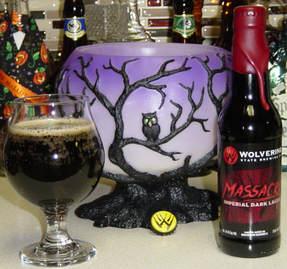 Massacre Imperial Dark Lager
Wolverine state Brewing Co.-Ann Arbor, Michigan
Nothing like your typical lager. This bourbon barrel aged brew is a delight with it's black color and bourbon aroma. The woodsy bourbon accent of this beer is very smooth, and finishes with a bakers chocolate like bitterness. Enjoy sipping and savoring while watching your favorite Halloween flick! 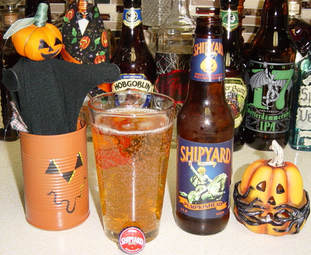 Pumpkinhead Ale
Shipyard Brewing Company-Portland, Maine
This light bodied ale pours with a light lacy head that dissipates quickly.  A highly carbonated beer that will tickle your nose. With Less emphasis on the pumpkin spices, it has a heavy cinnamon flavor that gives it a slight pinch. Would be a nice compliment to a slice of pumpkin pie. 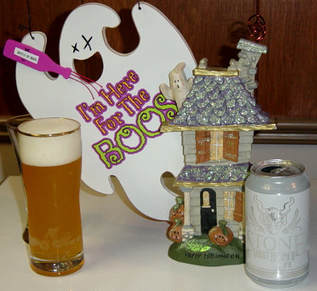 Ghost Hammer IPA
Stone Brewing-Escondido, CA
This special IPA was brewed as a tribute to the overnight brew crew that watches over the brewery in the dark hours. This beer pours with a big fluffy head atop a rich, golden color. A pleasure to see, and bigger pleasure to drink. A super delicious IPA to be enjoyed at any time! 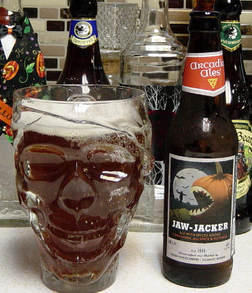 Jaw-Jacker
Arcadia Brewing Company - Kalamazoo, MI
This Halloween be adventurous and try this pumpkin flavored ale. It has a heavy aroma of pumpkin pie spices. It pours with a light bodied head which dissipates quickly to a thin layer.Heavy on the allspice and nutmeg, this caramel and brown colored ale has a slightly bittersweet finish. Enjoy with BBQ flavored snacks.